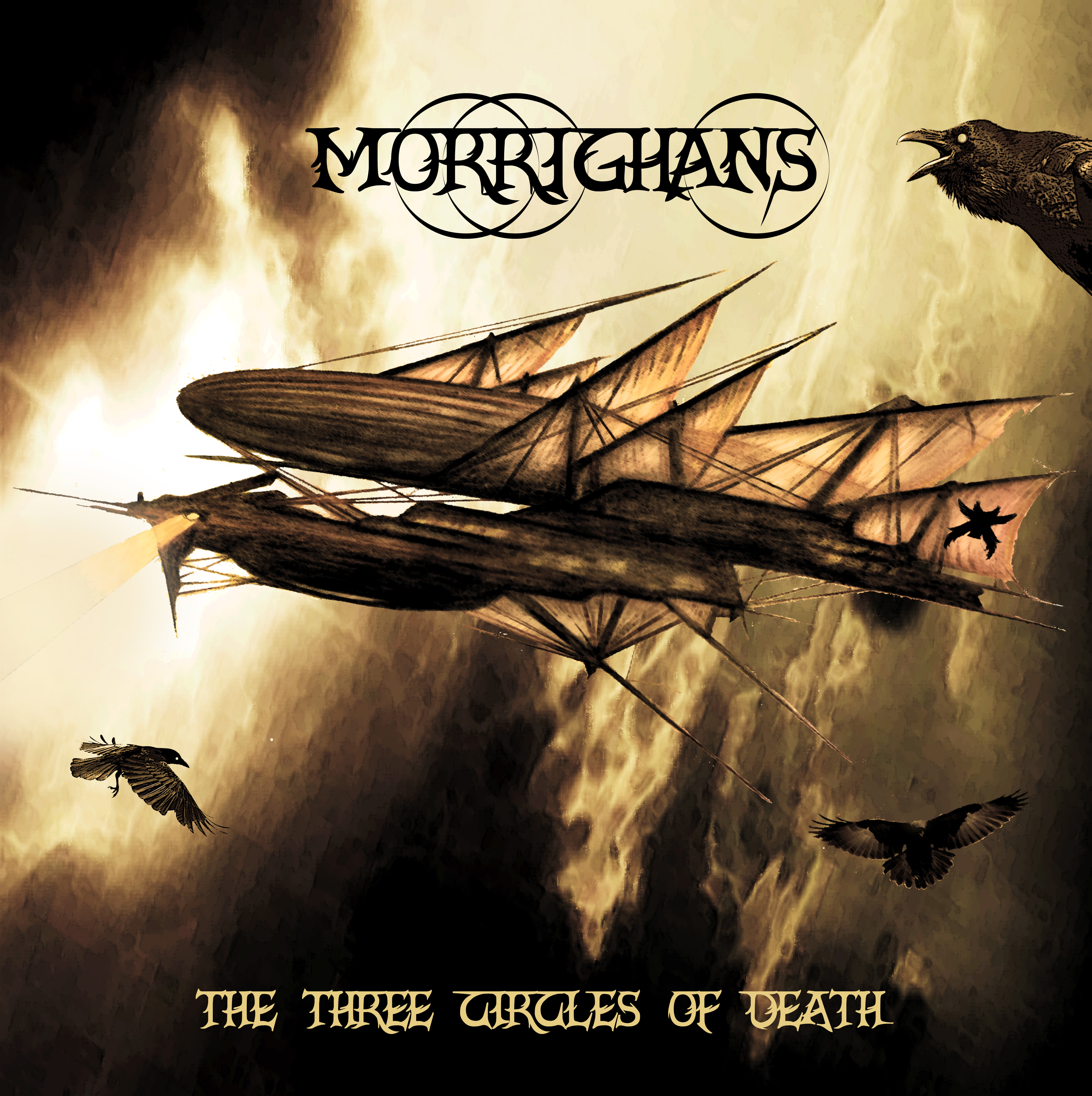 Nicolas Le Breton wrote the concept and main title on this album by the atmospheric rock band Morrighans.

The internet site of Morrighans

Their collaboration is not over — the whole next album of Morrighans will be written by Le Breton.

Three Circles of Death : the concept

— Yes, the old man replied. Nothing about it. »

The boy shriveled. But his was the responsibility now, to carry out the remains of his little brother, Lim. Their mother was too weak with grief, the father… long gone. So the boy lifted the all too light burden from the scorched road, and walked. He only stopped, resting on the ruin of an old rusted thing that grandpa called a car— whatever that may have been. The boy sprang on his feet, impatient :

The Great Silence surrounded them. Legends said the world-of-before was constant noise. Long gone now. Only desert land, and silence, now. They waited patiently, sitting on the strip of tortured blackness that once had been called a road.

The grandfather replied nothing. Maybe he was waiting for the patience of the boy to grow thin.

But the youngster was right, in the end : not two throws had passed, that a ship rose on the evening sky.

Soon the crackling voices of the crows surrounded them.

She hovered in majesty, floating as a cloud more than flying : the airship threw its wings against the gushing flows of air, fierce and impervious to any fear.

Was it really her ? The triple-eyed lady ? The old man sneered, certain that it was one of those slant-eye, towering figures, clad in dark leather that served Her. She… she had not been seen by the ground people for ages.

In a matter of a minute, the small body of Lim rose to the light inside the bay. And as swiftly as it had come, the airship bowed to the wind and flew away.

« The ravens… The ravens will have his body now, said the boy in tears, and carry his soul to the heavens.

— It is over, boy, replied flatly the old man. Let’s head home.